we make it easy

"Maths is Fun" is a series of workbooks for grades 3 to 7, compiled for the progressive development of mathematics. The "Maths is Fun" Grade 5 Workbook forms part of this series.

The book has been written with a view to filling the need to explain the basic essential concepts of mathematics in a practical and easily understood manner. In addition, several of the assignments have been developed so as to encourage the learners, in small group situations, to learn from each other (metalearning). In this way, the gap between pure knowledge and its application, is narrowed.

The mastering of the "Maths is Fun" series takes place in the same way in which a pyramid is constructed, for example the progressive building-up of knowledge on a firm basis. The techniques taught in the workbook will then form the foundation for the understanding of outcomes-based mathematics.

However, the most important task of the educator remains the preparation, explanation and application of the essential mathematical techniques which are required to place the learner in a position to benefit most from outcomes-based education in the higher grades. The workbook concept enables the learner to make the book "learner-friendly" (almost like graffiti!) and therefore, more accessible for reference, when needed.

Parents are increasingly becoming serious about he importance of their roles in the education of their children. Often they feel helpless when their children lack the ability to explain to them exactly what they do not understand about their schoolwork. ‘Maths is Fun" addresses this dilemma in that the explanations are clearly and simply laid out in a way that allows both parent and learner to understand the concept.

Should the learner himself buy the workbook, he would have the opportunity to refer to the book, should he/she have a problem in the next grade.

Recognizing and naming circles and polygons, drawing of polygons on squared paper.

Reading and writing of time on an analogue, digital and 24-hour clock, conversions between the various units of time.

Reading, drawing and interpreting graphs, describing and making conclusions with regards to a graph.

Length: converting one unit to another, measuring length in given units, perimeter, area.

Using simple tables to represent data, including the counting of objects.

Frequency of occurrences, judging which occurrences will definitely not take place, results of simple experiments such as the throwing of a dice.

Fractions: subtracting and adding of mixed numbers and fractions within the same and different denominators, decimal numbers, conversion of decimal numbers to ordinary fractions and vice-versa, proportionality table.

Writing of number sentences to describe a problem situation, completing tables which include direct proportionality.

Save this product for later 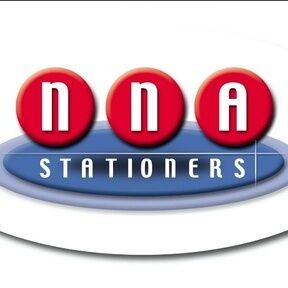 At NNA Stationers our main aim is to make mathematics as accessible as possible, to the learner, educator and parent.

This workbook sets a standard which enables the learner to successfully progress to the next grade.